China is a big consumer of plastics, and according to statistics, the annual consumption rank number two in the world, second only to the United States. The consumption of plastics is 19kg per person in China, ranking thirty-second in the world and occupying 11%-20% of the industrial developed countries.

Thus, it is visible that China's plastics industry can still develop greatly in the near future, and the general purpose polystyrene in china has a broad prospect in the markets.

However, what is the material of general purpose polystyrene in the end and what is the present state of plastic particle processing? Besides, whether the machine disposing these plastics has a promising prospect?

The general purpose polystyrene can be obtained by processing the waste plastics into pellets without changing their chemical properties, and only the appearance, the shape of them are changed. Hence, the GPPS still have good comprehensive material properties, which can meet the technical requirements for film blown, drawing, mold injection, extrusion and some other applications. Thus it can be widely used in the production of many plastic products. 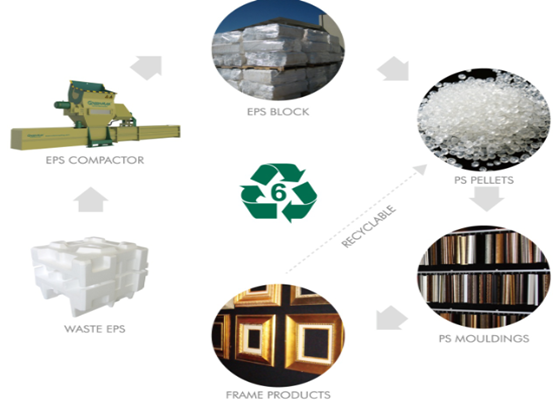 INTCO China, a company specialized in recycled gpps, can provide the general purpose polystyrene with a reasonable price. All the general purpose polystyrene are made from clean EPS by recycling and bought from all over the world after strict selection. With advanced facilities and technology, as well as a world renowned machine named EREMA for granulation, you don’t even have to worry about the quality of them at all.

If you have considerable insight to keep up with the potential trend in the general purpose polystyrene market, INTCO may be a good partner you can cooperate with.