Actually, researchers not only found polystyrene particles in the lakes, but also found many other objects such as hard plastic parts, plastic film and even fish wires left by the anglers. Besides, there are as well as daily necessities and the plastic beads used in beauty products, and researchers also found plastic particles in fish. Experts are concerned that plastic beads used in cosmetic and daily products are being flushed down to the rivers and later eaten by fish and shellfish.

The result of the survey shows that fish exposed to micro plastics had decreased activity, shorter swimming distances, and need to spend more time staying motionless than other fish living in clean water. Young fish are highly vulnerable to exposure of plastic particles. Clearly, micro plastic particles polluting the oceans and are detrimental to fish.

Micro particles are from larger items which are made brittle by sunlight and pounded to pieces by waves, bitten by sharks and other fish. Wind and sea currents gather plastic debris in the so-called gyres — big patches of debris, spun by currents and floating in the oceans and seas. The researchers also collect water from different depths to measure levels of micro plastics in the ocean. 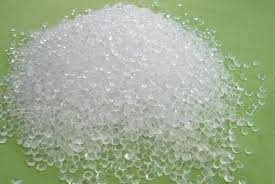 Therefore, it is very necessary for people to find some methods to solve the problem. Many cosmetic factories should ban or reduce the use of micro beads in their products. Besides, some recycling companies which are professional in solving this kind of problem should make more efforts.

INTCO is a professional recycling company which uses recycling machines to process waste plastics into particles，then makes these particles into new useful products such as frames and decoration products. It is very important for people to take efficient recycling methods in order to reduce the pollution. The reduction of plastic beads is closely connected with environment protection, people should use particles reasonably.